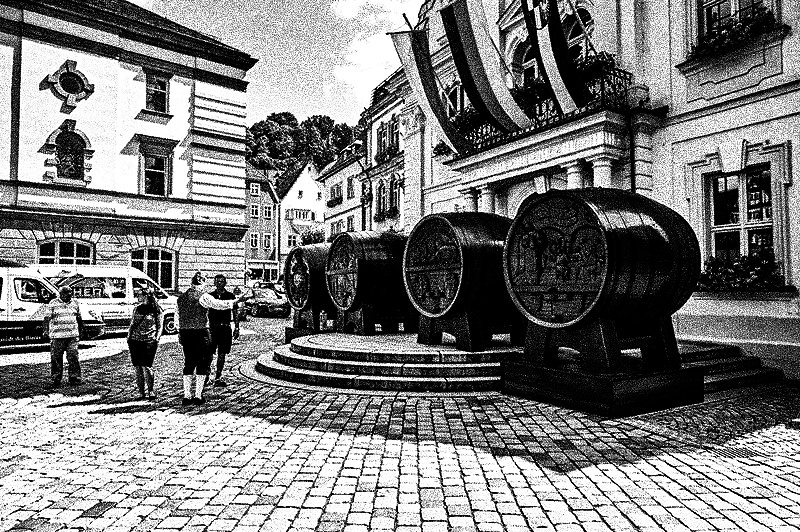 Kulmbach is located on the Upper Main River and on the southern edge of the Franconian Forest. The White Main River crosses the city, joining the Red Main here and marking the actual beginning of the Main River. Kulmbach is known far beyond its borders for its breweries and the annual Beer Week held at the end of July. 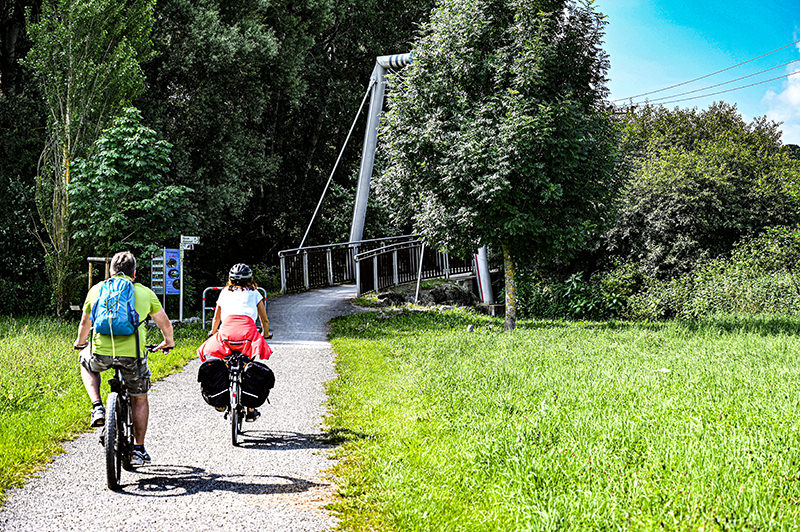 The Main River does not starts at its source, like most other rivers, but at the confluence of its two headwaters. The Weissmainquelle is the source of the Weissen Main, the right and northern source river of the Main, in the Fichtelgebirge, near the Ochsenkopf. - The Red Main originates in the Franconian Alb and flows through Bayreuth, among other places, before joining the White Main to form the Main.

We stay in Stadtsteinach at the campsite, the closest to the city, which we visit and explore on the eBike. 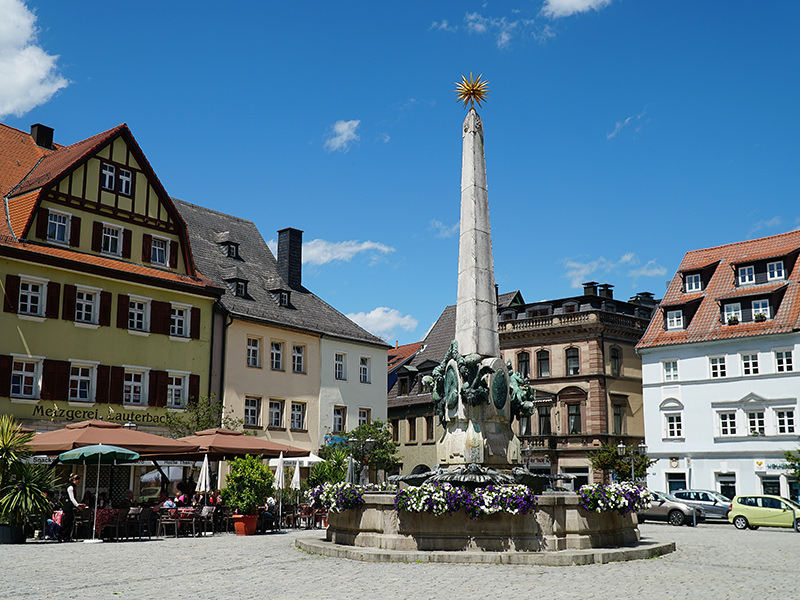 And towering above it all is Plassenburg Castle, which is a good local fixed star.

The RV driver finds a large parking lot with the complete infrastructure: water, electricity, waste disposal. We found everything in surprisingly good condition, the center of the old town is easily accessible by foot, by bike of course - and there are no slopes to overcome. 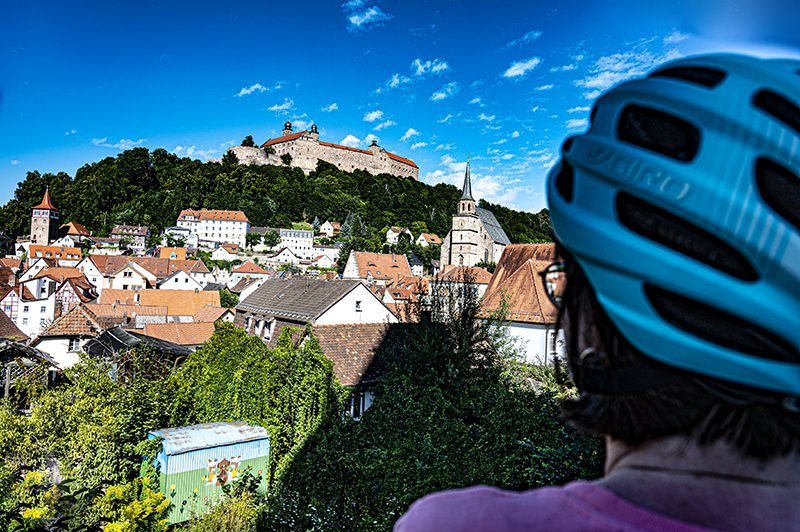 Kulmbach, unlike many other cities, is easy to explore for individual tourists: The campers have their site and the caravan fraction reaches the city by car, which is very convenient and at fair rates in the central parking garage under the EKU Square. For the undecided or uninformed, the nice ladies of the Tourist Information are waiting in their office just around the corner.

Actually, everything in the city is worth looking at, but it is the Luitpold fountain on the market square that stands out from the "pile" - and of course the museums in the city, which revolve around the themes of beer, pleasure, history. Two of the most prominent areas can be found on the Plassenburg and in the Mönchshof, with which I want to start. 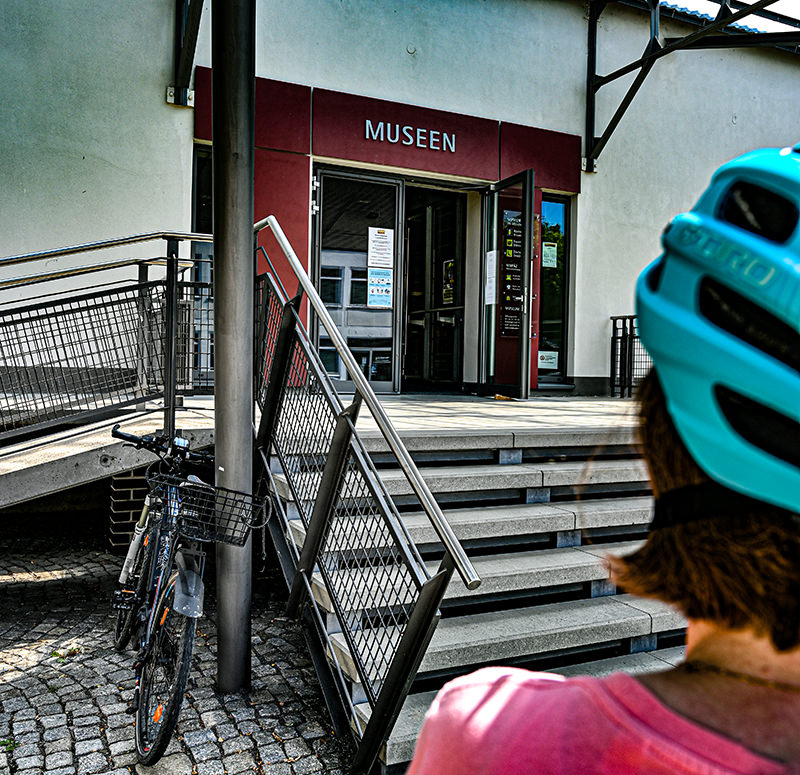 Museums at the Monk's Court

In the Monk's Court, a place where the art of brewing in Kulmbach (also) originated, there are actually three museums. These are the Bavarian Brewery Museum with its Glass Museum Brewery, the Bavarian Bakery Museum, and the German Spice Museum.

Anyone who is interested in beer and how it is made, will find many interesting and educational aspects in an environment developed with accretion and noticeable love for the subject. - Smaller, but therefore no less exciting and interesting are the two other museums, whose themes are daily bread and spices.

For refreshment after an interesting and with many impressions peppered visit we go right out of the exit, directly into the brewery restaurant, which has a very good cuisine and of course pours the beer of the brewery. And that should be tasted at leisure. 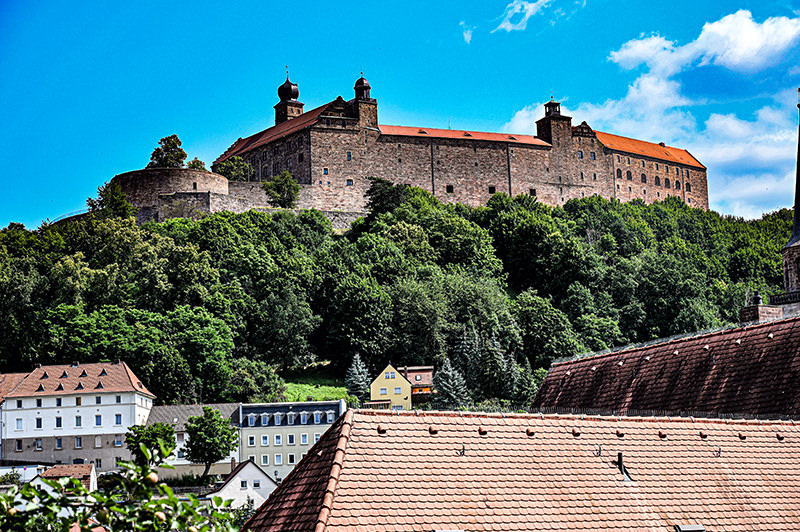 The Plassenburg castle is the landmark of Kulmbach. It was the seat of the Margraves of Brandenburg-Kulmbach until 1604. The present building dates from 1557 to 1570. In 1559, George Frederick of Ansbach commissioned Caspar Vischer to build a four-winged complex. The Schöne Hof, an arcaded courtyard with dense relief decoration, is one of the most important creations of the German Renaissance. Also worth seeing are the Margrave's Rooms with old views, portraits of rulers and the gilded canopy bed of Margravine Maria (around 1630) as well as the museum "Hohenzollern in Franconia" and the "Army Museum Frederick the Great" (Windsheimer Collection).

Just outside Munich lies the spa and vacation resort of Bad Aibling.

No other classic car event combines Bavarian lifestyle with a sporting challenge.

There is much to discover and experience here: on foot or by eBike.

Tours of the town can be taken on your own or with qualified market and community guides.

The village is located on the "Bavarian Sea", as Lake Chiemsee is also fondly called, and is one end of the Salzalpensteig trail.

This is a place for unforgettable hours and once-in-a-lifetime photo opportunities.

At 2,962 meters, the Zugspitz Mountain is Germany's highest peak and is located in the Wetterstein Mountains.