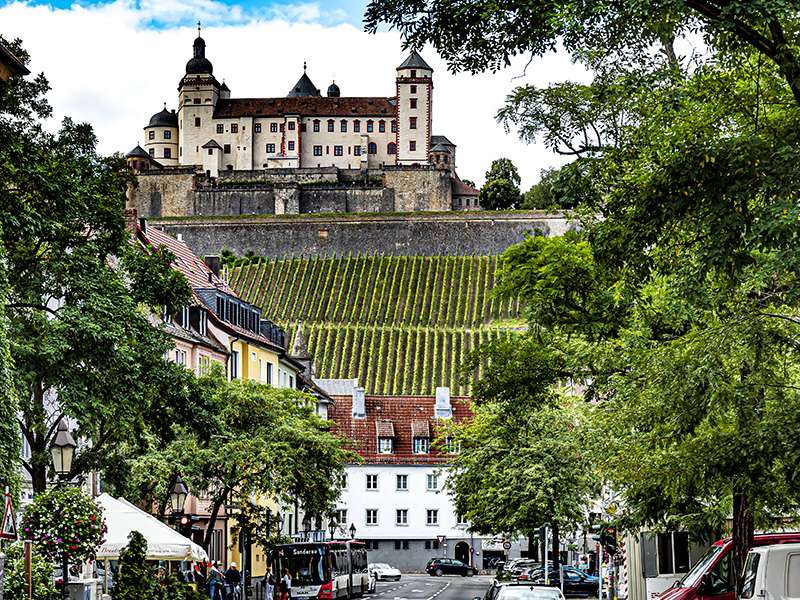 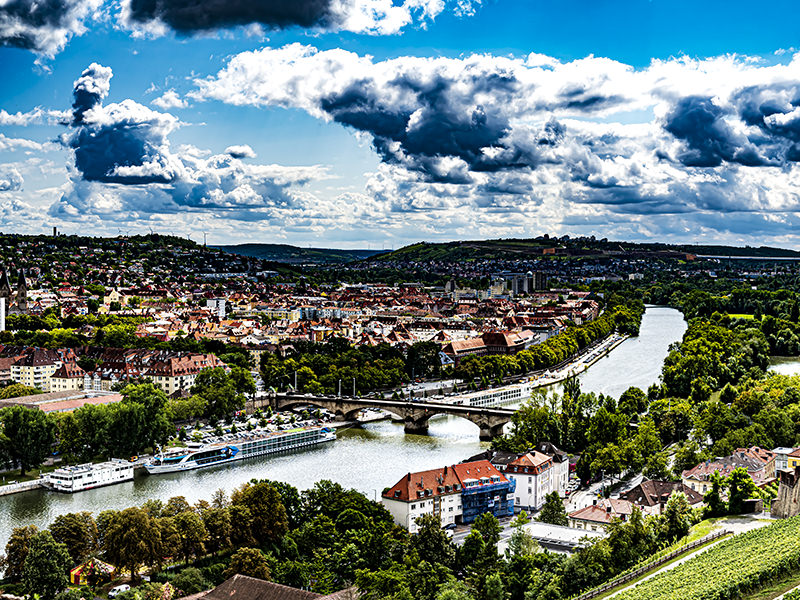 Würzburg, with a population of about 127,000, is the major city on the Main River and the seventh largest city in Bavaria.

Starting from the fortress Marienberg, which can be seen from almost everywhere in the city, Würzburg was actually a center of power since the Middle Ages. Economically, spiritually, sovereignly.

Thus, the city looks back on many centuries in which regional and national history was written. Even though history likes to keep itself hidden in Würzburg, the buildings destroyed after the bombing of March 16, 1945 have been partially restored - externally - but there are only a few burgher house ensembles that still breathe a little of the flair of bygone times. 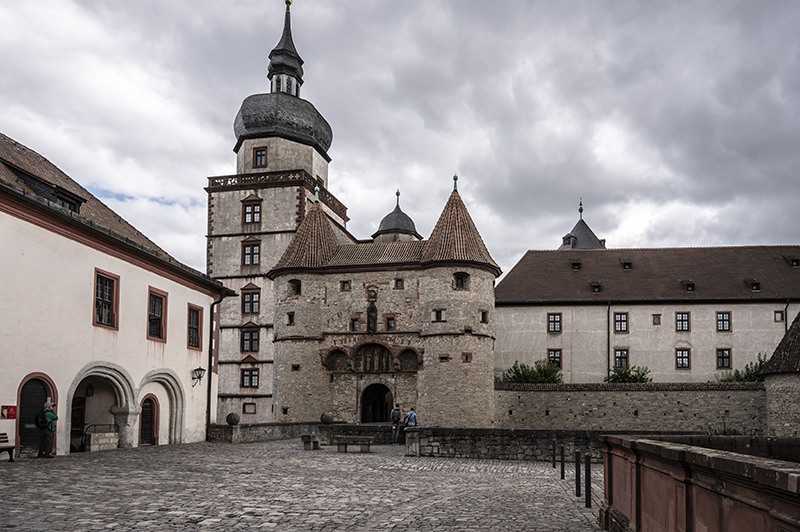 But in the meantime, Würzburg has become not only an important place for the Catholic Church, but also for the regional administration in Lower Franconia and a renowned university location, which is conducive to the existence of nice pubs, interesting theaters and cultural offerings.

History can be experienced in the Old Town Hall. Or in the many churches and squares with their historically valuable works of art. Some of them are also listed as World Heritage Sites, such as the baroque Würzburg Residence, or the Fortress, or the old Bridge crossing River Main.

Just outside Munich lies the spa and vacation resort of Bad Aibling.

No other classic car event combines Bavarian lifestyle with a sporting challenge.

There is much to discover and experience here: on foot or by eBike.

Tours of the town can be taken on your own or with qualified market and community guides.

The village is located on the "Bavarian Sea", as Lake Chiemsee is also fondly called, and is one end of the Salzalpensteig trail.

This is a place for unforgettable hours and once-in-a-lifetime photo opportunities.

At 2,962 meters, the Zugspitz Mountain is Germany's highest peak and is located in the Wetterstein Mountains.