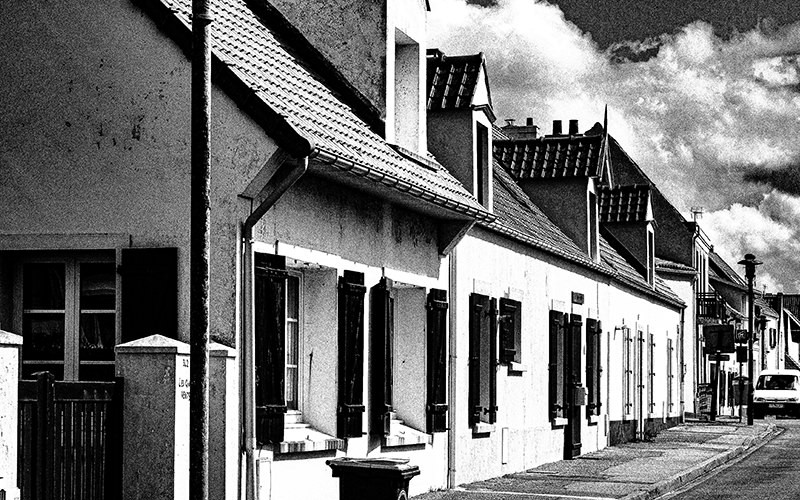 The Hauts-de-France region, which includes the former Nord-Pas de Calais and Picardy, we got to know during our two visits as a hospitable and brittle area with a population whose brittle charm at the beginning hides its warmth. We found a mixture of nature, culture and traditions that offers a wide choice of how to spend the vacation, long or short.

France's refreshing Nord-Pas-de-Calais has, we think, been overlooked by travelers for too long. The region has embraced the jokes about cold weather and gauche natives. And then it has stealthily transformed itself into a world-class destination with a bold art scene, a host of historic sites and irresistible rugged charm. 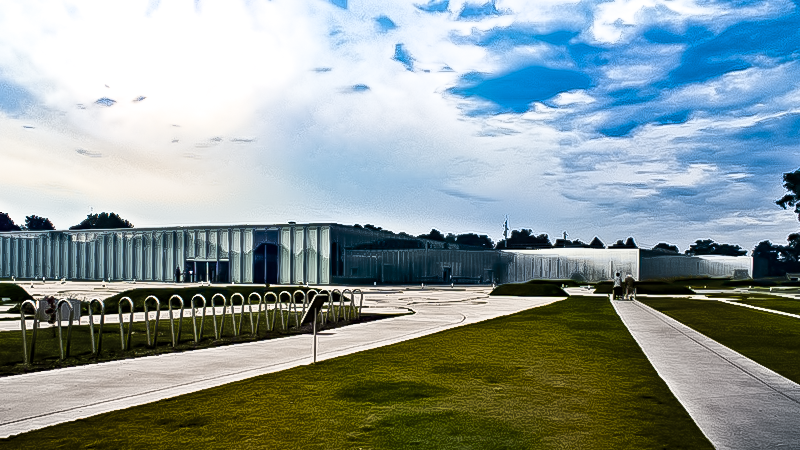 The Louvre in Lens had an exciting start. At first, there were a lot of skeptics among art lovers who debated whether it made sense for France's most famous gallery to open an outpost in Lens, then a run-down former mining town. Then there was controversy following damage by vandals, and then there were fears that Lens would never be able to compete with the other top-class European museums. 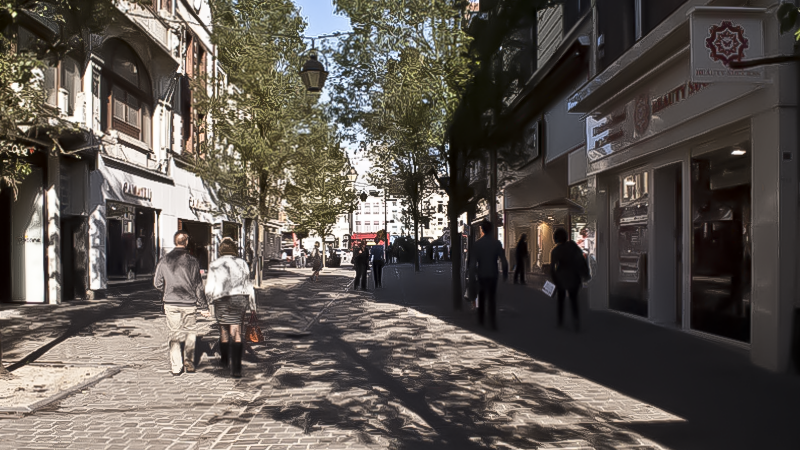 But the Louvre in Lens breaks every frame and deserves attention. It's all polished aluminum and glass, the futuristic-looking gallery becoming a great contrast to northern France's predominant red. And the ambitious Galerie du Temps houses art from millennia in one room.

War memorials, military cemeteries and Dunkirk's battlefields attract a steady stream of visitors who pay their respects. I find the atmosphere liberating, because the reasons that led to these terrible events are gone. Here, the people and their survivors are remembered who gave their lives for something we can't really comprehend today. Perhaps the death and suffering of so many was then in the end not senseless and in vain. 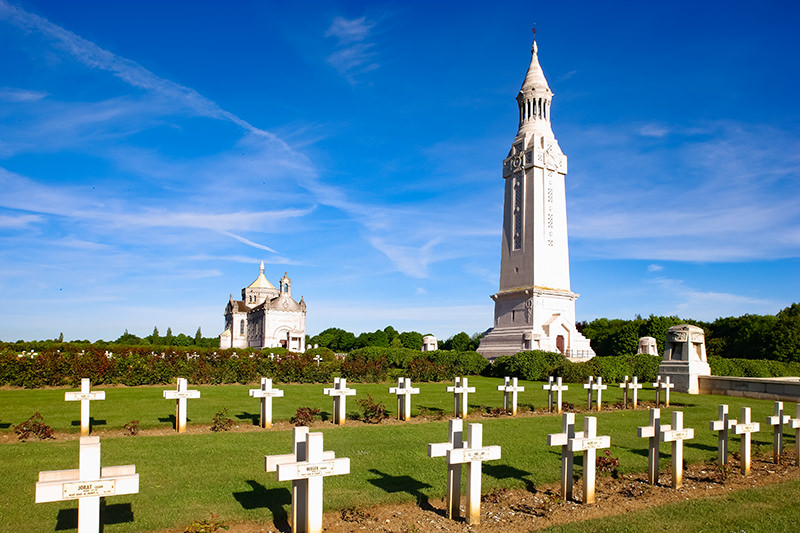 But whether you want to participate in a commemoration or not, there are plenty of opportunities here to engage with this part of our shared history. There's the Wellington Quarry in Arras, with a network of tunnels dug between the cellars of houses. Then there are the Ways of Remembrance, four routes to landmarks and sites of battles in the region. 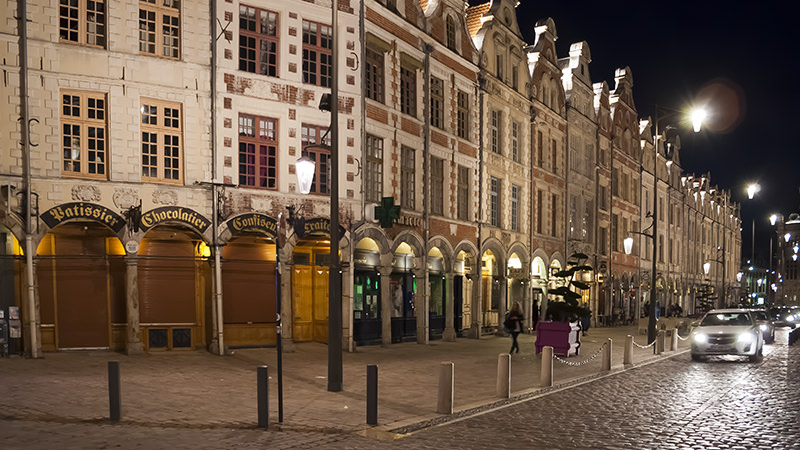 The region was massively destroyed after the 1st World War. However, the reconstruction remains rather a side aspect in the history books. This is a pity, because the cities look as if they had never been damaged and only a closer look reveals that the buildings are mostly much younger than their architecture suggests.

Lille is no longer just a stop on the Eurostar or TGV between London, or Paris and Brussels. The capital of Nord Pas de Calais, it is a friendly city that wins over its visitors with a charming old town, has great restaurants and , yes! , also one of the much maligned Christmas markets. All, bien sûr, at a fraction of the prices as in Paris - although it's almost exactly the same here. 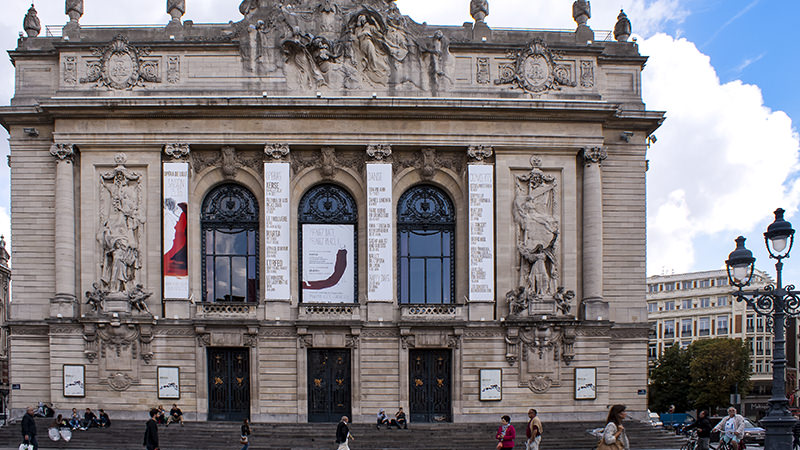 We start from the Grand Place, which used to be a medieval marketplace and where today stands one of the most beautiful houses of the city, La Vieille Bourse, the Old Stock Exchange. This 17th century institution is decorated with cherubs, cornucopias, lions. From here you follow the rue de la Bourse into the old town and find quite amazing things: houses in Flemish style, painted orange or dark red or the neo-Gothic cathedral Notre Dame de la Treille, stores offering greats ... within the budget, but also with prices that exceed it ... but still beautiful to look at.

Lille is the ideal base to discover the lesser known highlights of the region, such as Roubaix, Amiens, Arras or Villeneuve d'Ascq. Each of these modest towns has its really worth seeing attaction and are therefore ideal for day trips. 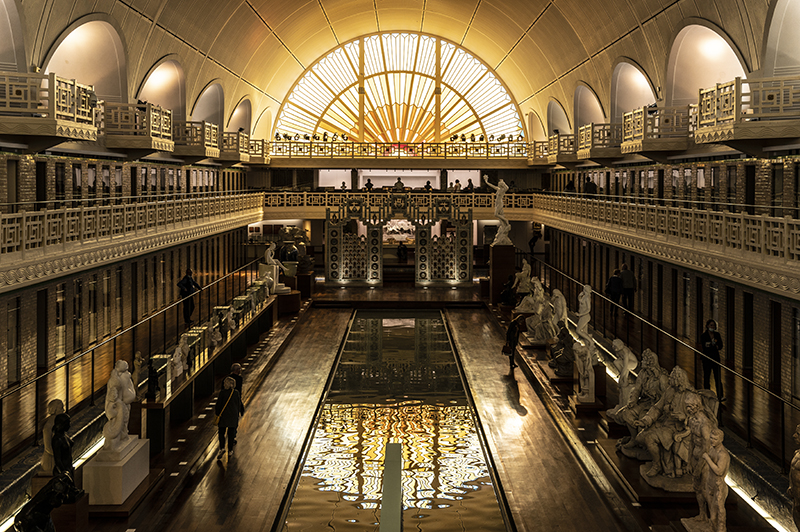 There is Roubaix, for example, with La Piscine, a unique gaul that used to be a bathing establishment. The gallery displays a stunning selection of sculptures and paintings, on which the light falls through an enormous sunset painted on glass. Also worth a visit is the church of Saint Martin, built in 1511, where you can successfully wrench your neck.

Then, over to Amiens, you don't have to look far for anything special, just look up. The city's cathedral is the tallest in France, making the world-famous Notre Dame in Paris look like a dwarf house.

And then there's the macarons d'Amiens, which are almond cookies with honey that you should nibble on while immersing yourself in the gothic details of the stained glass. 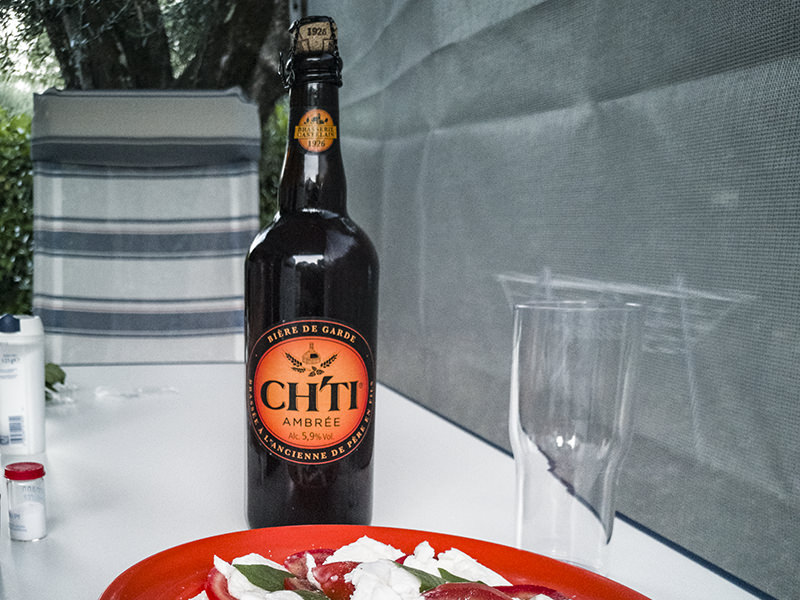 France is not only a land of wine and champagne, but also of beer. In Saint-Omer is one of the largest breweries in northern France, the Brasserie Saint-Omer, which we were allowed to visit on the occasion of the Fête de la bière and we got an interesting tour, how from the solid ingredients in the end comes liquid and really good tasting beer.

Or Boulogne, the most interesting of the French canal ports and a good reason to take a break here, especially if you still make a detour to the Opal Coast to the north. The biggest attraction is Nausicaá, one of the leading aquariums in Europe. 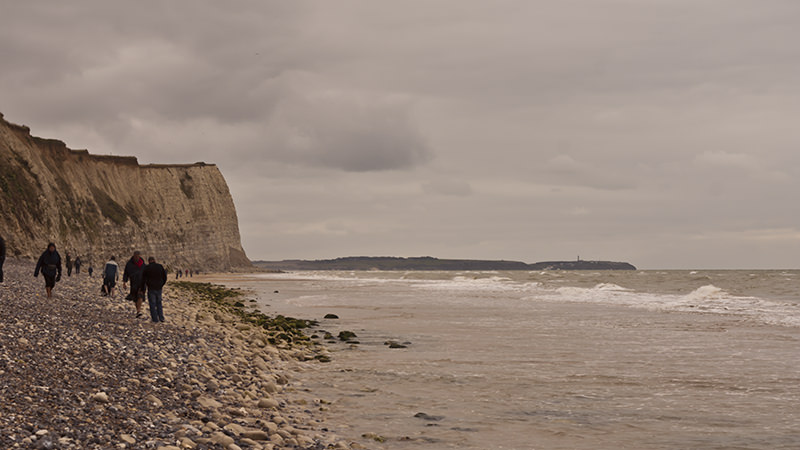 Just under an hour from Calais, Béthune is an attractive, lively little town between Arras and Saint-Omer.

Bergues is the epicenter of the region, at the latest after the movie "Bienvenue chez les ch'tis" ("Welcome to the sticks") created a hype about this region in northern France in 2008. "Sticks" or originally "Ch'ti" is the name for someone from northern France and the dialect spoken there, which comes from Picardy, which is a little further south.

... discovered in the
Hauts-de-France.