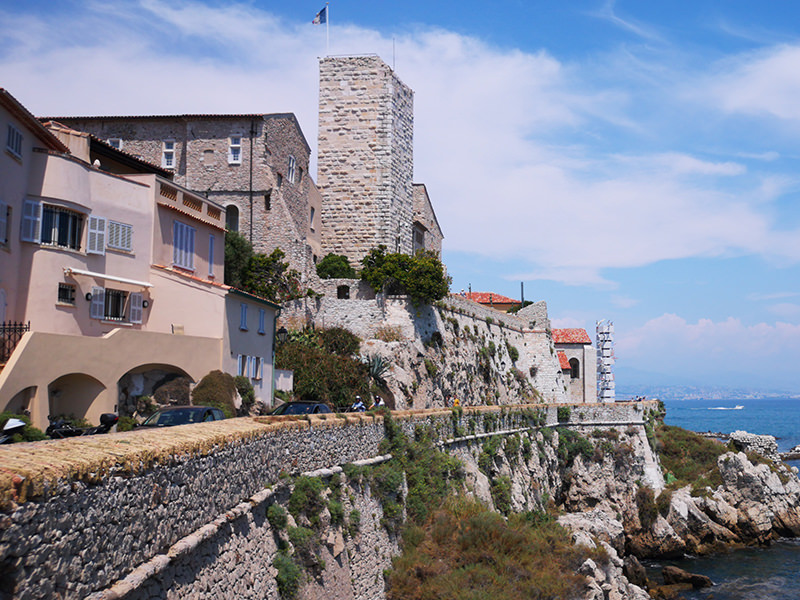 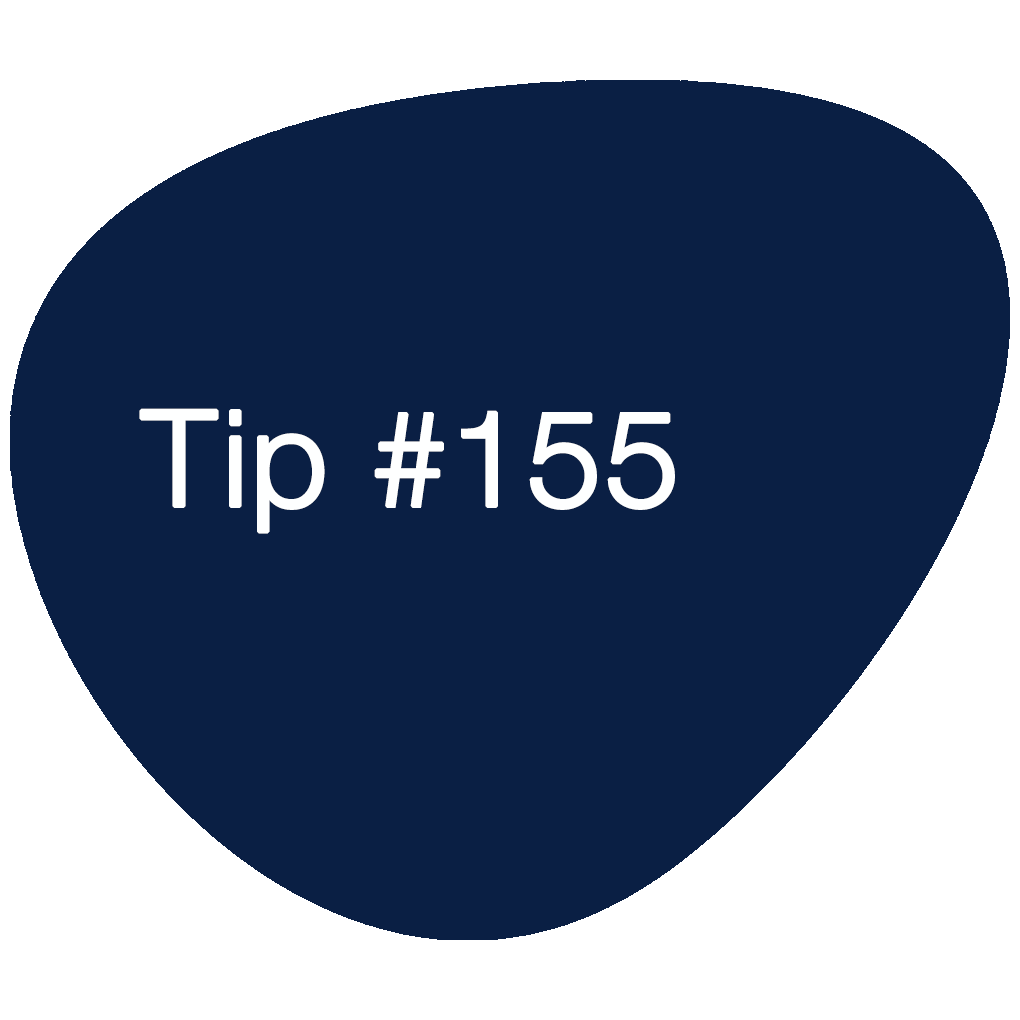 Between Nice and Cannes is the resort town of Antibes, known for two things: multi-million euro mega yachts and a labyrinthine old town surrounded by 16th century walls. The second largest city on the Côte d'Azur has a population of about 80,000 and has the largest marina in the Mediterranean, Port Vauban. Since long before the time of the Romans, it has attracted a wide variety of ships. 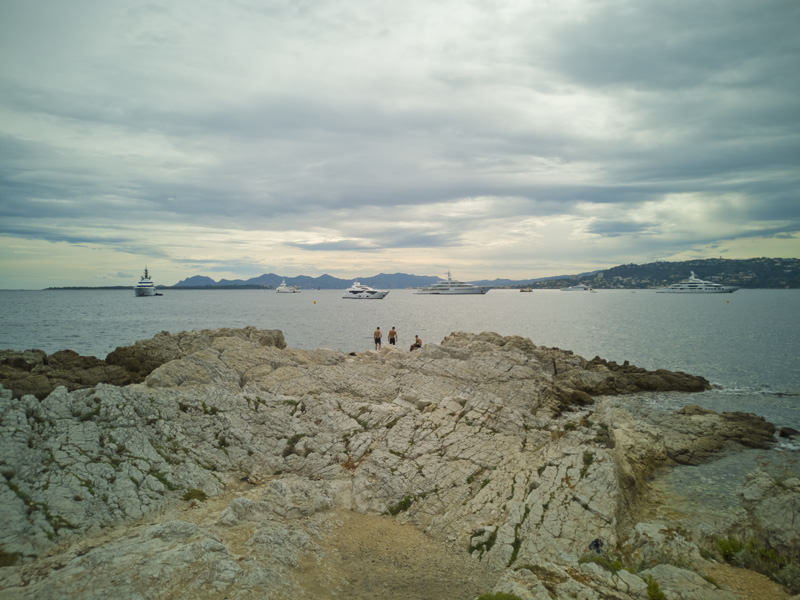 We came by car from Grasse, which is just under half an hour away. Port Vauban was not only the fixed point for us to be able to park as centrally as possible and to explore the city center on foot, but the surprisingly inexpensive parking lot also has normal-sized parking spaces where you can "sit down" without having to use 1½ spaces because the layout is designed for VW Beetles or 2CVs.

Moreover, it is a 5-minute walk from the old town or about a ½ hour from the Fort Carré. For our taste: Ingenious.

Of course there is also the public transport like airplane (Nice Côte d'Azur Airport) or train (TGV). 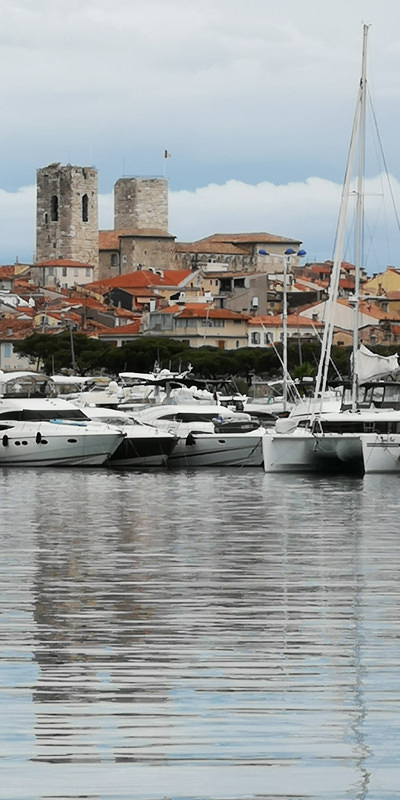 The old town can be experienced abruptly from the car, if you do not know your way around. This is exciting, because the builders of the city did not know cars, let alone SUVs. Good for those who have electrically retractable rear-view mirrors on their cars. Here you just have to keep calm and meander through the alleys until you get through the city wall to the harbor.

For campers this part of the city is off limits!

Walking is the easiest way to get to know the old town of Antibes. But, attention, girls: athletic shoes are the order of the day here because of the cobblestones, even though heels may look prettier. There are buses, but they mainly go to other towns and villages. A good way to explore Antibes and especially the glamorous, villa-lined Cap d'Antibes peninsula in particular is to bike there. Official parking is very few and for the hidden ones you have to know your way around....

Between Antibes and Juan-les-Pins you'll find many hotels, perhaps the most glamorous being the Hotel du Cap-Eden-Roc, a hotel with 33 dressing rooms on and an infinity pool overlooking the Mediterranean. To give you an idea of how legendary this place is, it served as the inspiration for Fitzgerald's classic novel "Tender is the Night." Another place that was a favorite of Fitzgerald's is Juan-les-Pins's Hôtel Belles Rives, the former Villa Saint Louis where the writer and his wife Zelda once lived. 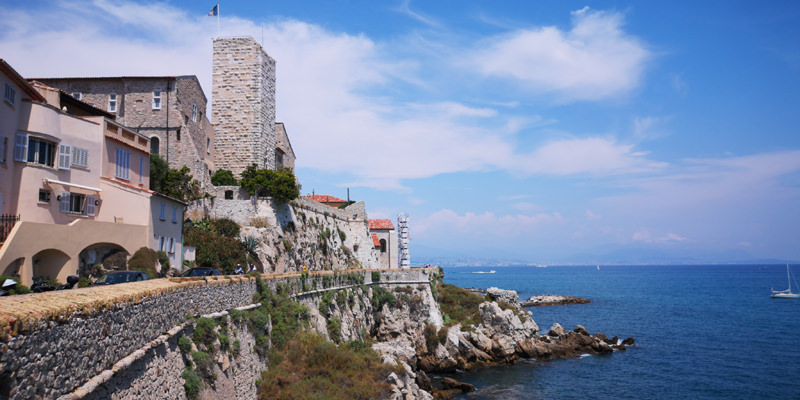 Today, the hotel - the first on the French Rivera - houses 43 guest rooms and a Michelin-starred restaurant, La Passagère.

For all those whose vacation budget does not allow this accommodation or whose way of enjoying vacation is different, there is consolation: campsites can be found a ½ to ¾ hour by car from Antibes in Grasse or La-Colle-sur-Loup. 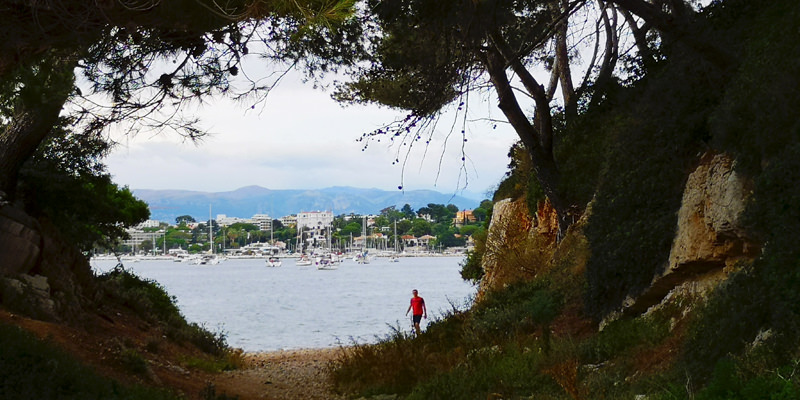 In the winding streets of the old town, you'll find a number of charming bistros serving classic Mediterranean dishes. For more upscale tastes, we've heard of the family-run restaurant Le Bacon in Cap d'Antibes. Lack of time has kept us from being tempted so far.

For those who prefer to dine directly on the water, head to Cap d'Antibes, one of Antibes' best-kept secrets: the beach at La Garoupe. Here you can relax in one of the many private beach clubs. 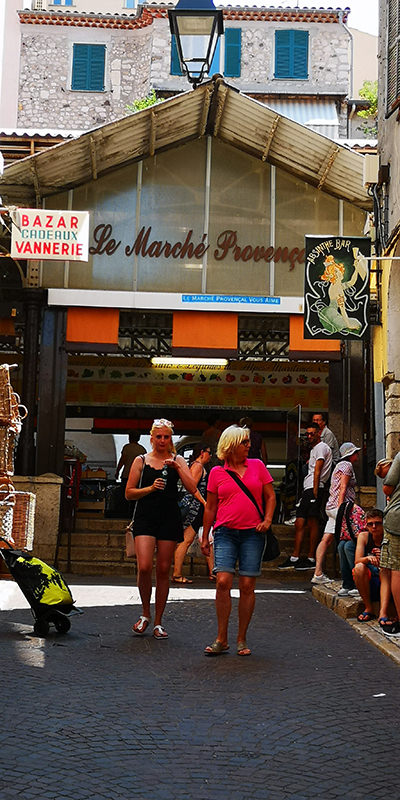 Visit the Musée Picasso: In 1946, the painter Pablo Picasso transformed the 14th century Château Grimaldi into his own studio, leaving behind 23 paintings and 44 drawings. Today, the château is the first art museum dedicated to the artist and houses 245 paintings and sculptures by Picasso (including his Joie de Vivre in 1946) as well as a selection of works by contemporary artists such as Joan Miro, Nicolas de Staël and Fernand Léger.

Hike along the coast:From the beaches of Garoupe on Cap d'Antibes, a coastal hiking trail leads to the ramparts of the old town on a two-hour easy walk around the peninsula. The Chemin des Douaniers, also known as the Sentier de Tire-Poil, leads to the tip of Cap d'Antibes and Villa Eilenroc, a Belle Epoque beauty designed by the same architect who designed the opera houses in Paris and Monte-Carlo.

Visit the market:Every day from 06:00 to 13:00, cheesemongers, fishermen and florists offer their wares at the covered Provençal market in the Cour Masséna. From mid-June to the end of September, in the afternoons (except Mondays), the market is transformed into an artisan market where painters, sculptors and ceramists present their works. In the summer months of July and August, night markets are held in the evenings on Juan-les-Pins' Promenade du Soleil and Antibes L'proplanade du Pré-des-Pêcheurs.

More about the Côte d'Azur

Between Nice and Cannes is the resort town of Antibes, known for multi-million euro mega yachts and a maze-like old town.

The place is not listed on any tourist map, but it is not off the beaten tourist path and has some surprises hidden.

Favorable climate, lavender and roses in abundance make the city the world center of the perfume industry since the Middle Ages.

The «Fressgass» is worth a visit, castle and the modern green building behind it contain highly recommended contemporary art.

Picasso discovered the medieval village in 1935 and lived here with his last love, Jacqueline Roque, from 1961 until his death in 1973.

Born in Grasse, he grew up in the world of flowers and fragrances as the son and grandson of perfume plant manufacturers.

He began his creations in Salons en Provence later in Paris and is now a recognized and well-known "nose" in Grasse.

Here you can discover how the beauty of antiquity has influenced neoclassical, modern and contemporary art.

Two lovers of soil and fragrances open the doors of their eighteenth-century family mansion.

Founded in 1989, the International Perfumery Museum is located in Grasse, the cradle of luxury perfumery.

Since 1989 she has been creating her own exclusive collections - hats, women's wear and perfume creations, which she presents not only in Grasse.

Shortly before the World War 1, Eugène Fuchs, entrepreneur and succumbed to the magic of perfume, decided to create his own company.

Inaugurated on May 29, 2015 and is a library and source center aimed at the general public as well as schools and professionals.

Grasse and the perfume

Opened in 2015 in the historic center of Grasse, the House Duplanteur unfolds all the luxury of chocolate.

Not far from Grasse, the know-how of confectionery making is passed down from generation to generation.