Besançon - and the Time 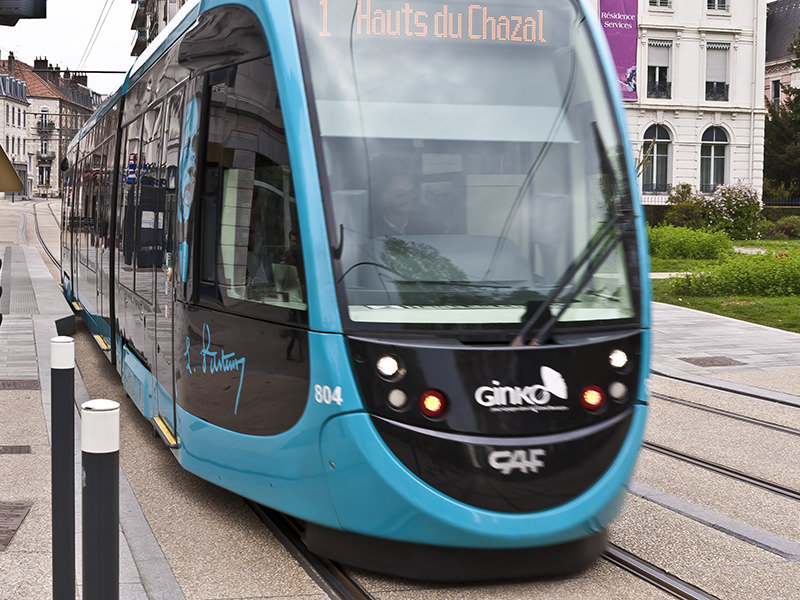 Besançon - and the Time

Nestled in a meander of the Doubs River, one finds the cultured and very attractive capital of Franche-Comté. And it has remained refreshingly restrained and untouristy, despite monumental buildings such as the citadel or France's first public library. In Gallo-Roman times, Vesontio (which evolved over the centuries into Besançon) was an important hub of international trade, linking Italy, the Alpine region and the Rhine. 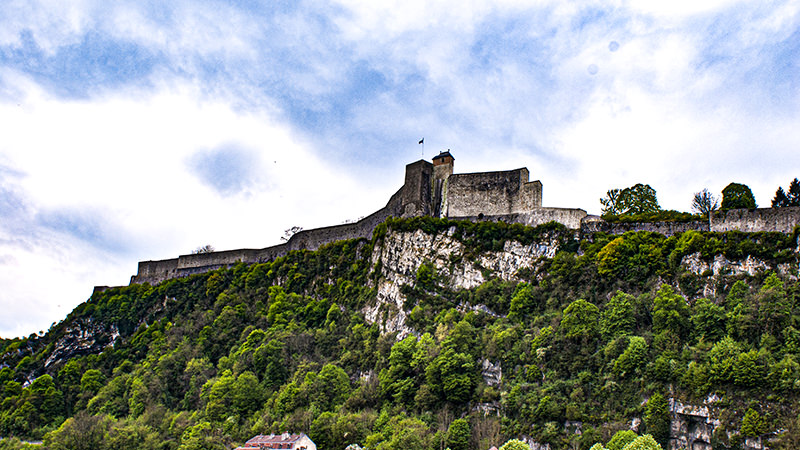 It dominates the city from Mount St Etienne, 120 meters above the old town, the 17th century Citadelle de Besançon - designed by Vauban for Louis XIV. From here, the view sweeps over the city and the Doubs River meandering along. Together with 11 other buildings by Vauban, it was included in the Unesco World Heritage List in 2008.

The Musée de la Résistance et de la Déportation is one of the most in-depth and important museums about World War II. Some of the photographs on display are not for youngsters. - Nearby, the Musée Comtois presents daily life in past centuries. If you don't feel like walking uphill, take line 17 of the Ginko bus from downtown or the parking lot. The line runs up to five times an hour from April to mid-October. 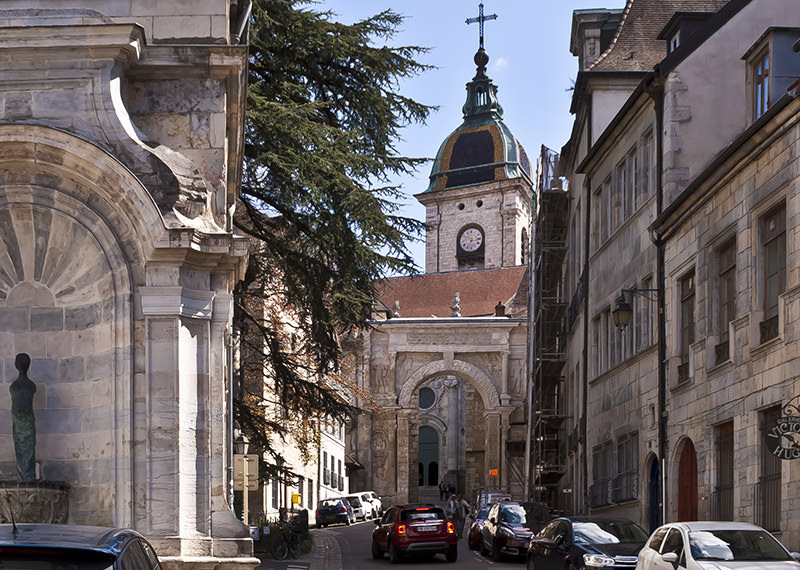 Built in 175 in honor of Marcus Aurelius, this triumphal arch is located near the columns of a Roman theater and an aquaeduct found only in 1870, which is still recognizable. This place documents the importance of Besançon since Roman times.

A typical Renaissance building in Franche-Comté, the Palais Granvelle was restored between 1988 and 2002 to house the Musée du Temps. It shows the history of Besançon, scientific themes and (mechanical) watch technology. 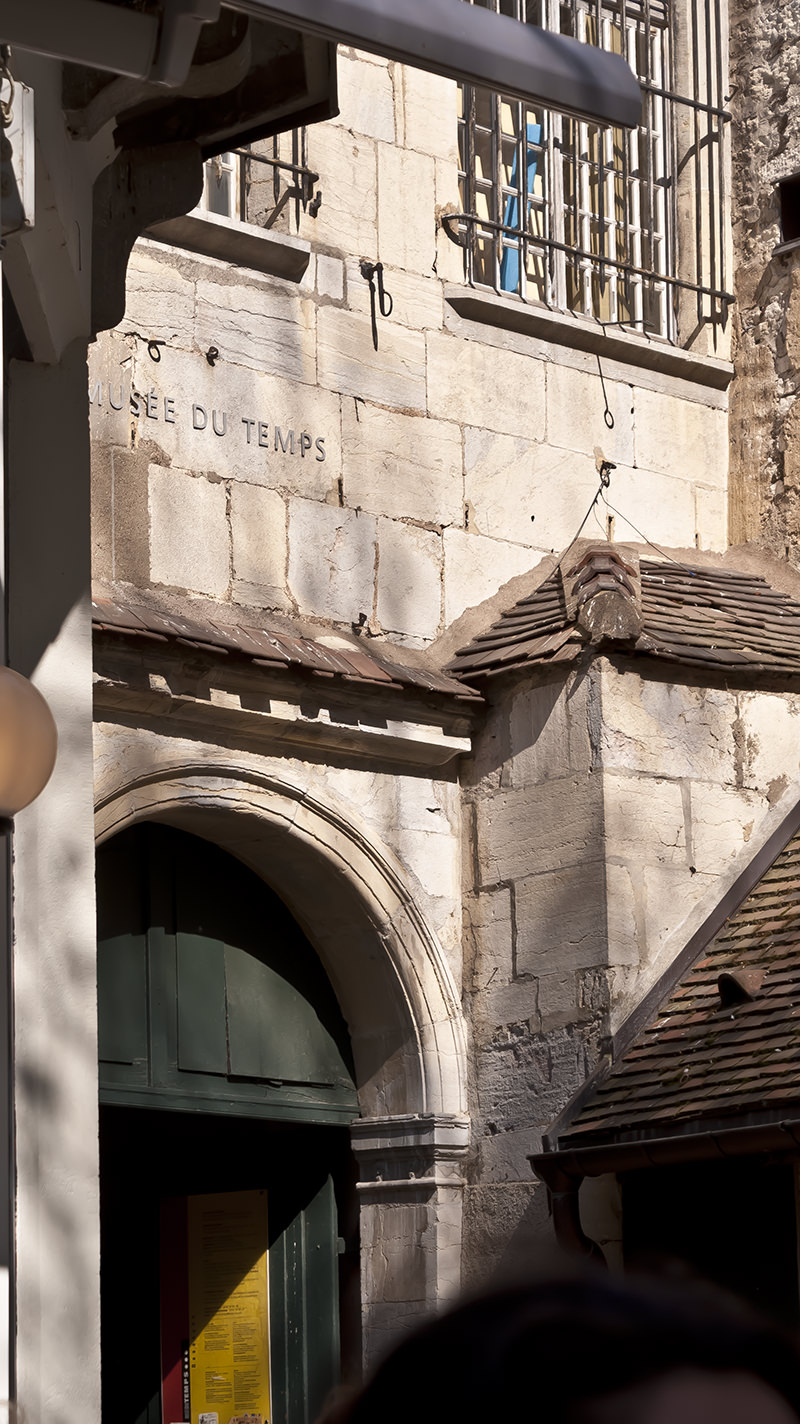 Palais Granvelle, a Home for the Family

Palais Granvelle was formerly the home of a wealthy family of advocates from Franche-Comté, of whom Nicolas Perrenot, born around 1486, was the first advisor and friend of Charles V. His son was born in 1517 and was also in the service of his son, Philipe II of Spain.

The Granvelle family collected art and books in their residence in Besançon. In the 17th century, after the extinction of the Granvelle family, the collection was opened to the public, various cultural projects were installed in the house, until in the 50s of the 20th century, a museum was installed to tell the history of the city. In 1988, a renovation of the building's stanza could no longer be postponed, the works began and in 2002 the History Museum became the Palais to Le Musée du Temps.

Time is the link between history and its measurement, timepieces, clocks ... , initially fed by the collection of the Museum of Fine Arts and that of the history of the city. Because: in the 19th century, Besançon was the undisputed capital of the French watchmaking industry and influenced by the Swiss watchmakers.

Today, this industry still fills a niche and is far from its former size. But they still exist, the watchmakers in Besançon. And we met one of them. Philippe Lebru is engaged not only in the design of wristwatches, but also of large watches with balancing pendulums.