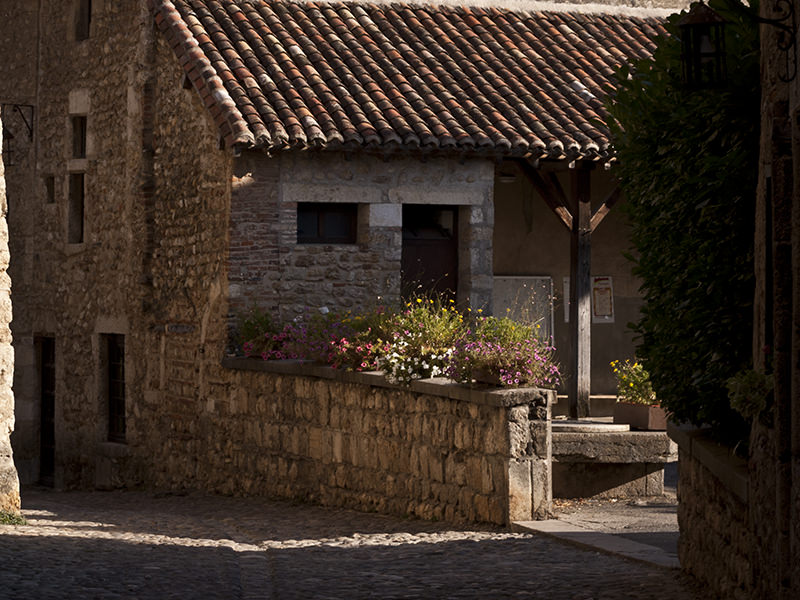 Close your eyes and remember your childhood, where you were not the brave trapper at play, but the white knight ... or for the girls not the strong farmer's wife, but the princess in the castle.

And then open your eyes again and stand with your steed in the middle of Pérouges, a place that has remained practically unchanged since the Middle Ages and is probably one of the most beautiful villages in France. 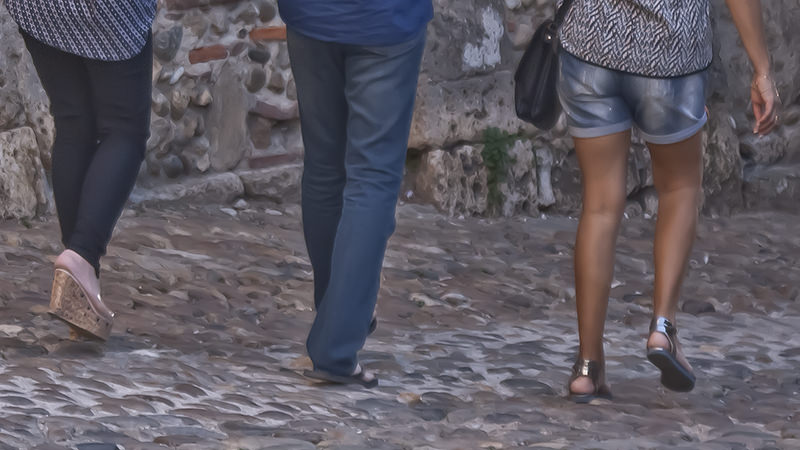 Pérouges, a very old fortified town on a hill on the Dombes plateau where Ain and Rhône dominate, is located 35 km from Lyon on the road to Geneva. To really enjoy a visit, I recommend - especially for the ladies - to put on shoes suitable for cobblestones.

Here everything is simple, down-to-earth and modest, the old houses with warm stones are homes of craftsmen, merchants. Pérouges with its numerous archaeological, cultural and gastronomic diversity offers a varied and relaxing visit. 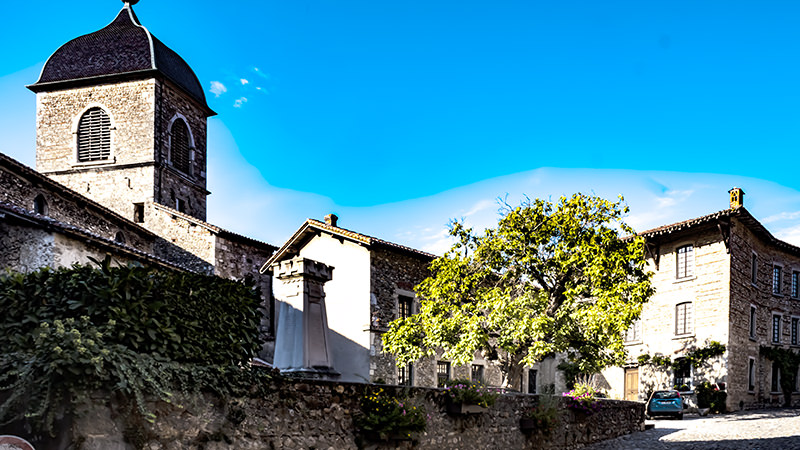 The foundation of Pérouges was preceded by a Roman tower, from which developed the legend that the city was founded by a Gallic colony that came from Pérugia, Italy. In the 12th century, during the feudal period, a castle was built and ramparts surrounded the top of the hill: marking the boundary of the present town. Although not much exciting happened, the place changed nationality several times: Pérouges was Dauphinoise in 1300, Savoyard in 1345 and French in 1601. The siege of 1468 is remembered as a heroic deed, documented by the inscription on the Porte d'En-Bas. All the fortresses of the region had yielded to the Dauphinois, allies of Louis XI, only Pérouges had not been taken. 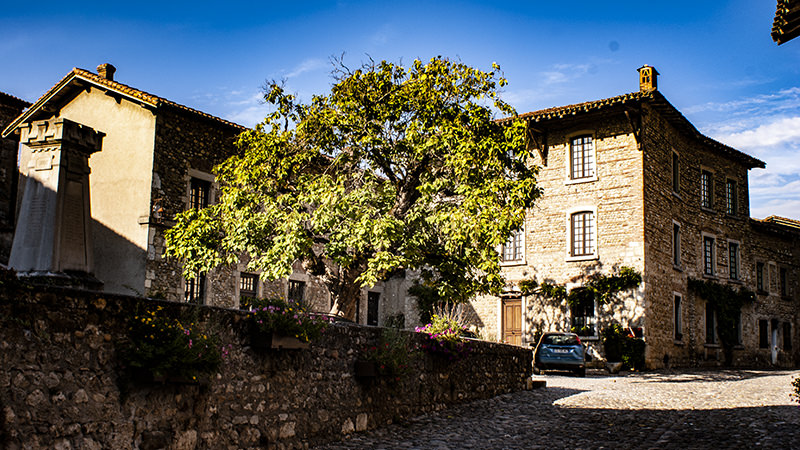 The Duke of Savoy, in gratitude, exempted his brave subjects from taxes for 20 years. The village outside the walls was probably devastated, and rebuilt on the hill, protected by the city walls. The vast majority of the houses to be admired today, the layout of the streets and squares date from this period of prosperity. There was an upsurge of crafts (weaving, viticulture) and trade. It was also at this time that the church was completed.

The connection to the railroad network and the advent of the industrial revolution led to economic decline over the years. Thus, at the beginning of the 20th century, the settlement was largely abandoned and threatened with decay. In 1911, the Society for the Defense and Preservation of Old Pérouges was founded under the patronage of Eduard Herriot. Pérouges was listed as a historical monument and its restoration has continued since then thanks to public and private initiatives.