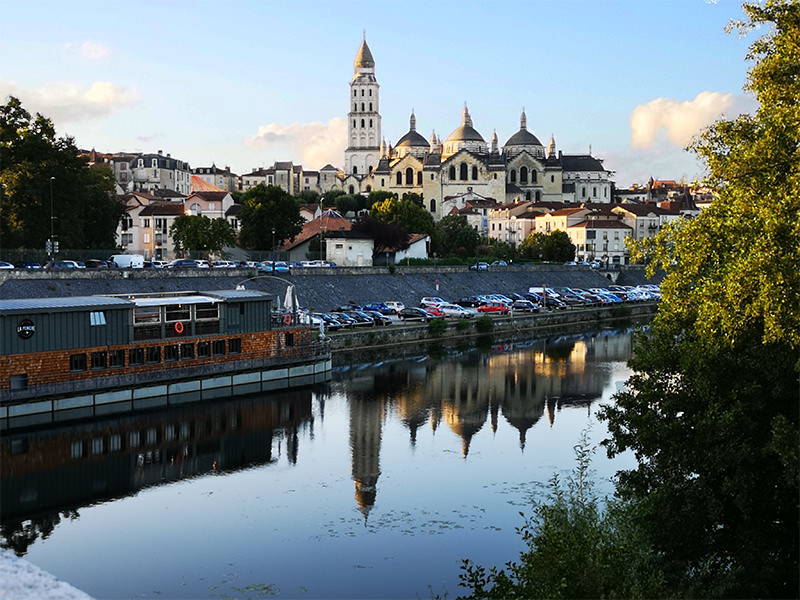 Our host in Périgueux : Monique Roger

Within the narrow confines of this capital of the Dordogne department, you'll walk from Gallo-Roman times through the Middle Ages to the Renaissance in a day. The Office de Tourisme has an illustrated walking map of the city and the walk through 17 centuries of history can begin. 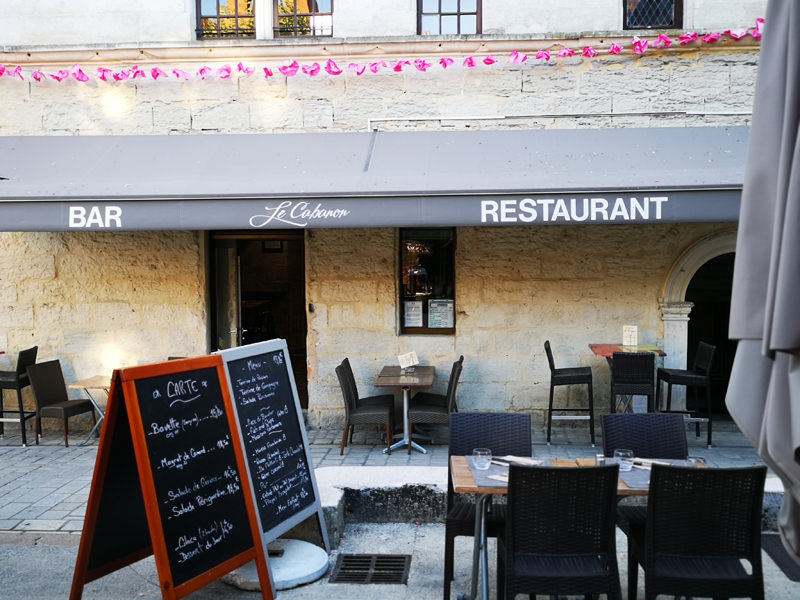 If you starve here, it's your own fault. Dozens of gourmet stores and excellent restaurants make the town a gastronomic experience. An added attraction is the 21 km Voie Verte (Green Trail), a tree-lined hiking and biking trail that follows the curves of L'Isle.

The 15th century Tour Mataguerre is an impressive remnant of the city walls that surrounded the city in the Middle Ages. The winding streets behind the tower are mostly from the same period and have some impressive fortified residences with towers.

Vesunna is a Roman settlement from the 1st century AD in the Musée Gallo-Romaine de Vesunna, located in a large Gallo-Roman villa covered by a modern glass structure. In the villa's many rooms, some with original mosaic floors, the excavated artifacts breathe Roman housework and public life of the time. 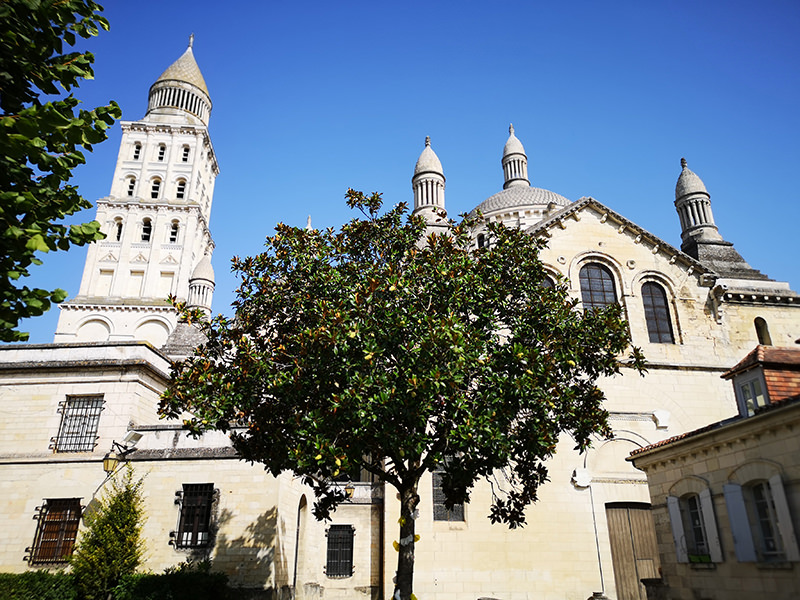 The unmissable centerpiece of the city is the UNESCO-classified Catédrale St. Front, which is topped with five domes. If this looks familiar, you're right, because it was the model for Montmartre's Sacre Coeur, the church built more than 600 years later. The towering bell tower is from the earlier Romanesque church, but the bulk of the 12th-century cathedral is a pure Byzantine basilica laid out in a Greek cross.

The narrow, cobbled Rue Limogeanne, a feast for all the senses, with dozens of elegant stores dedicated to the medieval sin of gluttony. Pâté de foie gras du Perigord is the local specialty, which we sampled at stalls and saw a dozen stores selling other fine things: Wine, coffee, tea, oil and spices. 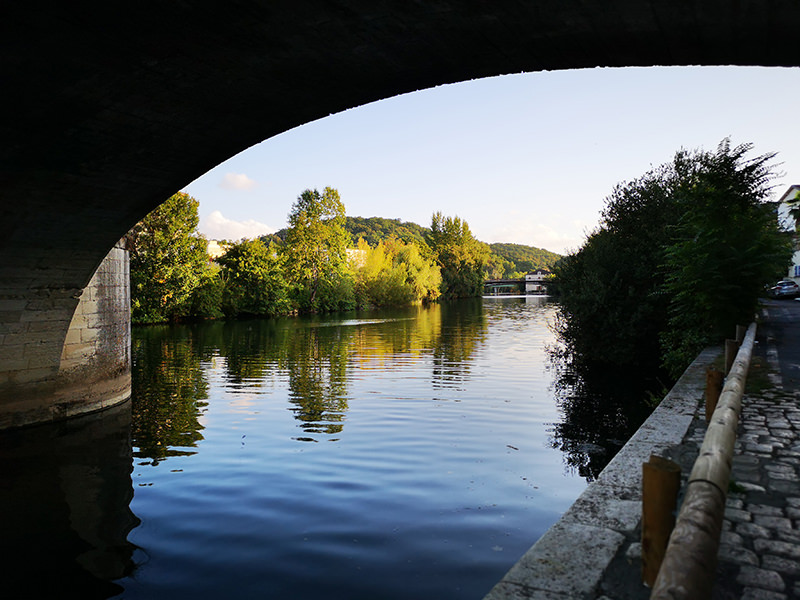 The gourmet pleasure with its (too) many calories can then be worked off again during a walk or a bike ride on a section of the 21 km long Voie Verte, the "green path" along L'Isle. The most scenic part of the trail is directly across from the cathedral. From the cathedral entrance, simply follow the winding Avenue Daumesnil down to the bridge, the ideal spot for photos of the cathedral, and meet the paved path on the other side of the river.

More about the Dordogne

The beautiful old town with its historic half-timbered houses simply has to be hiked. It is not big, so half bad for "foot lazy".

It is said that deep in the heart of the fortress the echoes of the battles of the Hundred Years War still reverberate.

Milandes Castle is known worldwide thanks to Josephine Baker and remained the unchallenged residence of the Caumont family until the French Revolution.

The stalactite cave of Proumeyssac is also called «crystal cathedral» because of its huge underground vault..