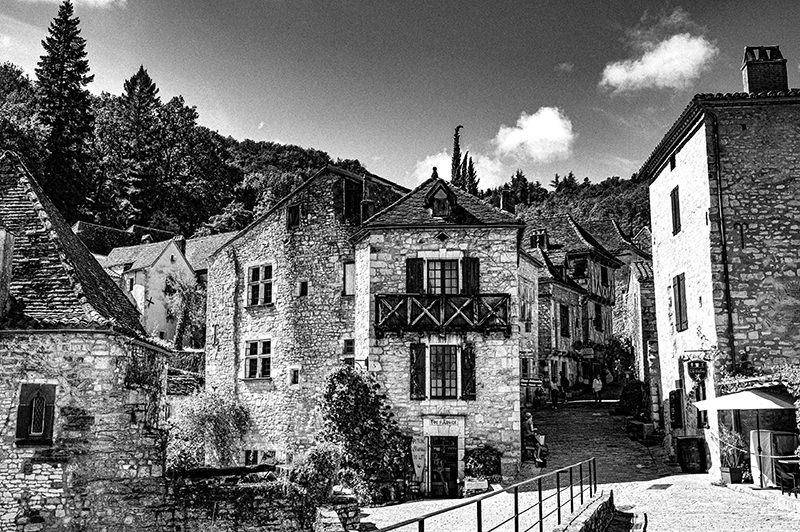 Saint-Cirq- Lapopie is located near Cahors and is one of the most beautiful villages in France. Due to its location high above the river Lot, it offers beautiful views over the river valley and glimpses of the lively village blessed with rich history, not so crowded by tourists.

A village from medieval times 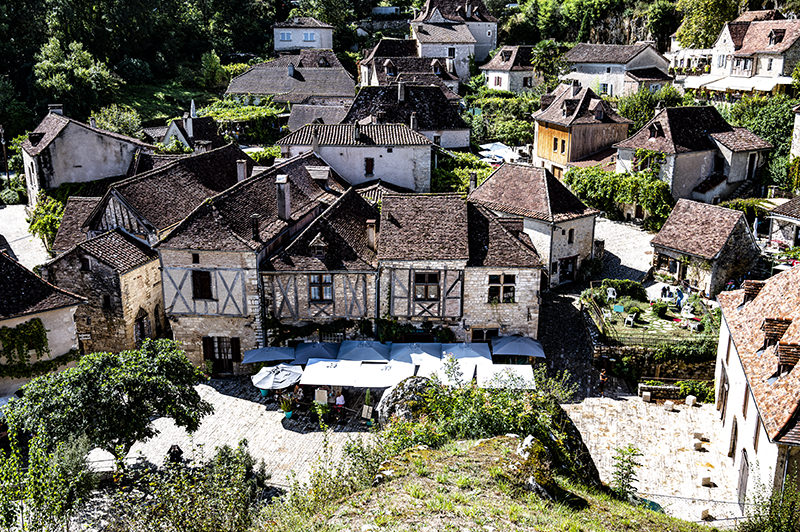 We take the road of Sarlat-la-Caneda, which winds along between the river Lot and its cliffs, and begin the pleasure of our voyage of discovery in the rain. The navi sends us over little roads where our German license plate causes a stir.

The 100-year war, long gone, nevertheless accompanies us, as we see here and there, well hidden in strategic places, the "castles of the English", which were supposed to detect as early as possible the arrival of French troops. 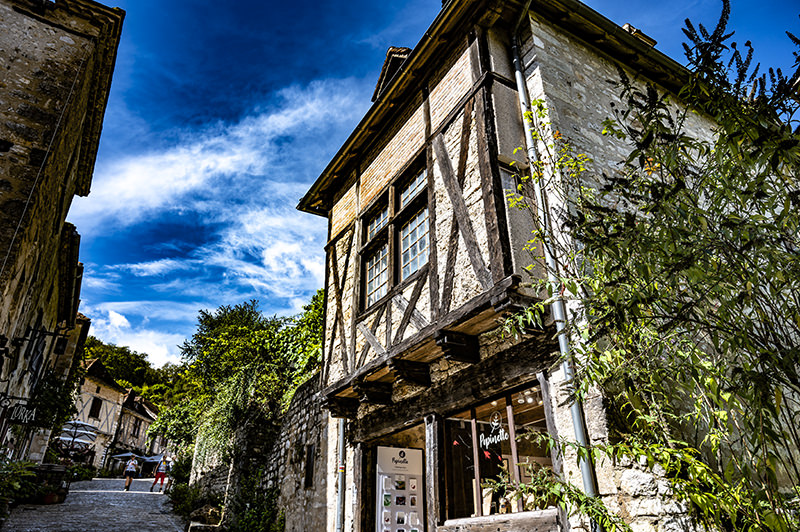 The village itself is "car-free" - with the usual exceptions for municipal vehicles and those of the residents. However, the width of the alleys must have demanded some driving skills from the drivers of the carts even in the Middle Ages.

On the way from the parking lot above the village it not only stopped raining but between the bushes and trees we get a first impression of what awaits us. The bus stop is the last outpost of our time. We cross the road, enter the village and take a leap back in time to the Middle Ages of the 12th to 15th centuries and immerse ourselves in the atmosphere of that time. 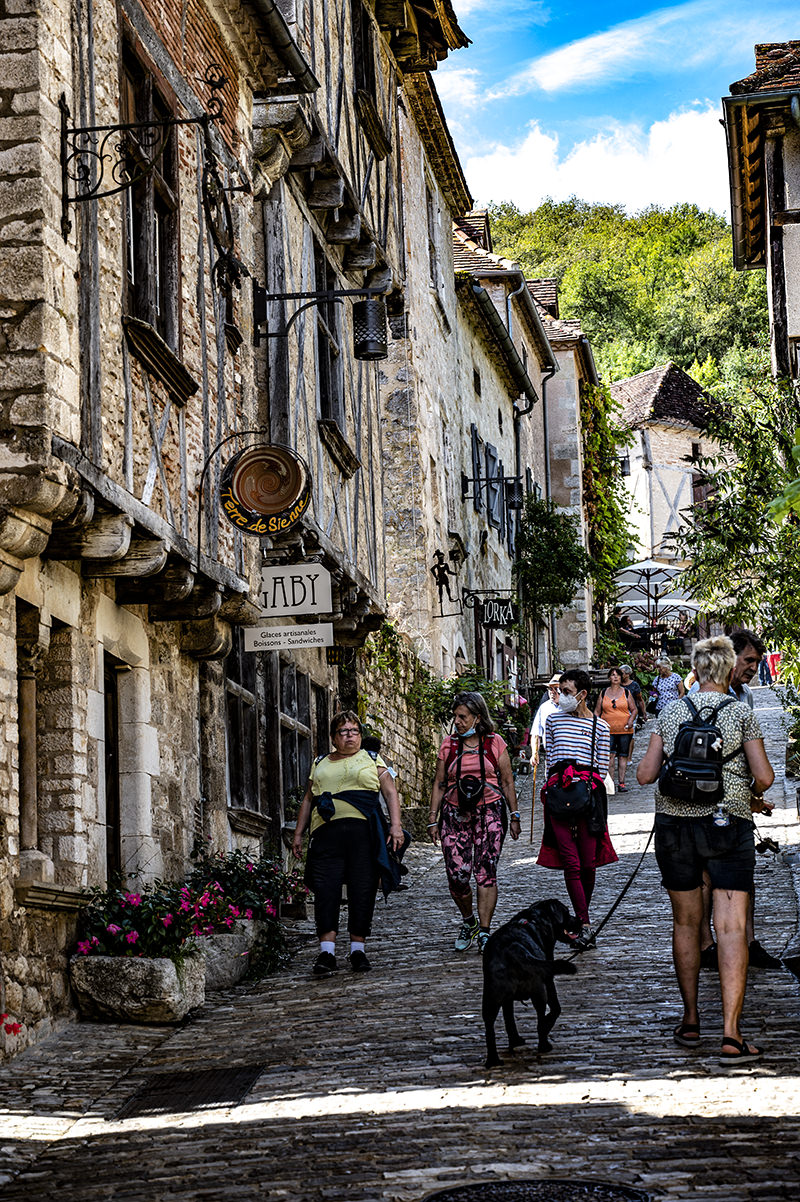 We let ourselves drift through the narrow streets and intimate gardens, look up to the three-light windows and see the stores with arcades, where in these places used to work the boilermakers, painters or woodturners.

Artists as well understood the inspiring power of this place when they drew their works on the walls of Pech Merle Cave, just a few kilometers away, 24,000 years ago, and to this day, when a dozen of their descendants chose to live in the village all year round, Saint-Cirq-Lapopie captivates them as it does us.

The beautiful old town with its historic half-timbered houses simply has to be hiked. It is not big, so half bad for "foot sloths".

It is said that deep in the heart of the fortress the echoes of the battles of the Hundred Years War still continue to resonate.

Milandes Castle is known worldwide thanks to Josephine Baker and was the undisputed residence of the Caumont family until the French Revolution.

The stalactite cave of Proumeyssac is also called "crystal cathedral" because of its huge underground vault.

The Ferme de La Brunie includes a flock of Montbéliarde cows that has been passed down for four generations.