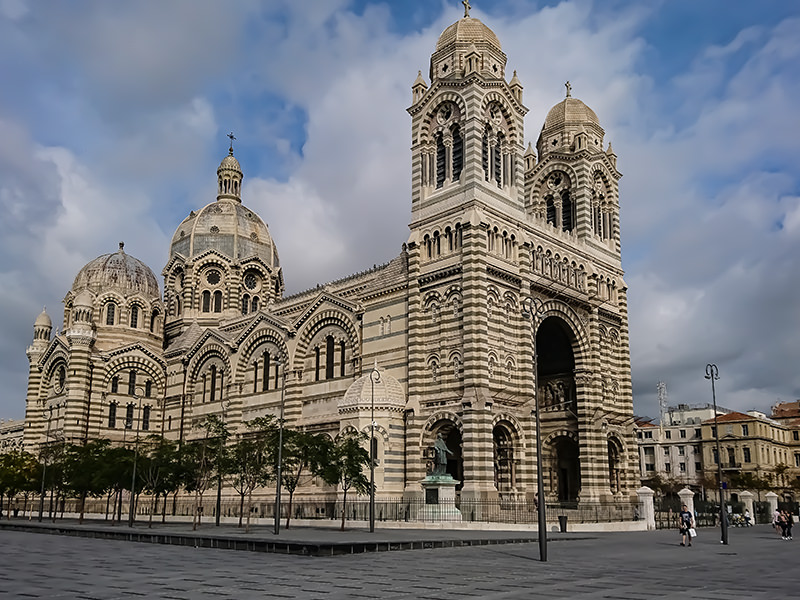 For many years, Marseille had a serious image problem. Dismissed for its shoddy reputation, the city's decay, and often alarming crime statistics, it was long the black sheep of the Provençal coast.

But while it seemed rather bleak here and not always and everywhere pretty - which is not the case in Cannes or St. Tropez - Marseille today is a dynamic, cornered, bustling metropolis with more than 2,000 years of history. 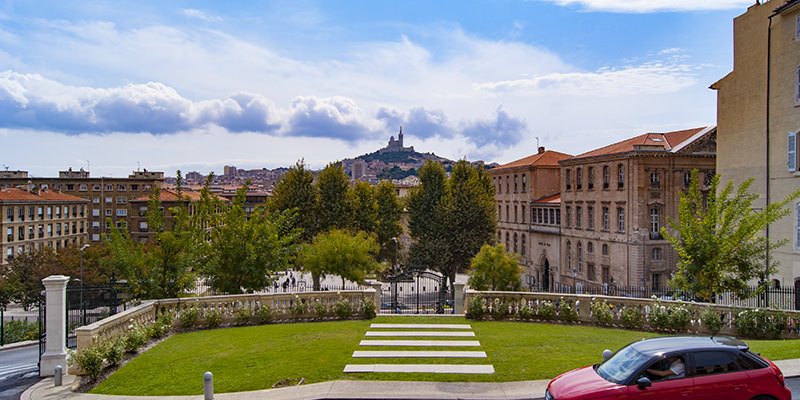 And at the latest with the selection of the city as the European Capital of Culture in 2013, there were additional, elegant museums and the city since then radiates a not to be overlooked optimism, is clean and we found only with difficulty still one or two corners that were (still) a bit nuschelig, but where no guest of the city (except us) goes. Here we found the only places that still somehow reminded us of Poppeye on "French Connection" or the plots of the film series about Inspector Fabio Montale (Alain Delon). And yet: a feeling of insecurity did not set in anywhere.

Located just a stone's throw from the Old Port, the Marseille History Museum ( Musée d'Histoire de Marseille ), founded in 1983, was completely renovated when it reopened in 2013. The new architecture establishes a strong link between the city, its museum and the archaeological site. The screen-printed glass facade frames the entire site of the Old Port, preserved in the garden, a real museum space open to the sky, supported by the Centre Bourse.

The building houses a 3,500-square-foot reference exhibition, temporary exhibition spaces, a workshop for students, a 200-seat auditorium, and a documentation center with a graphic arts collection. 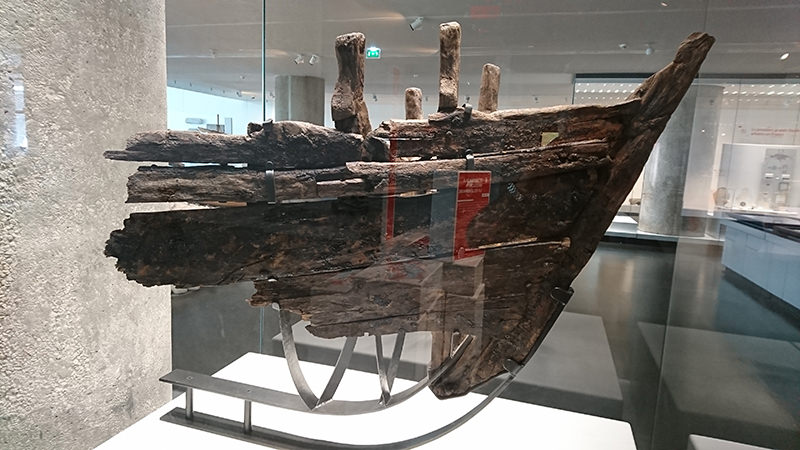 The new museum tour is based on two strong ideas: Marseille is the oldest city in France and a port city open to the Mediterranean. From these two obvious points, the visitor discovers the history of the city through a maritime Ariadne thread that connects thirteen chronological sequences, from the first prehistoric occupations to contemporary urban developments. 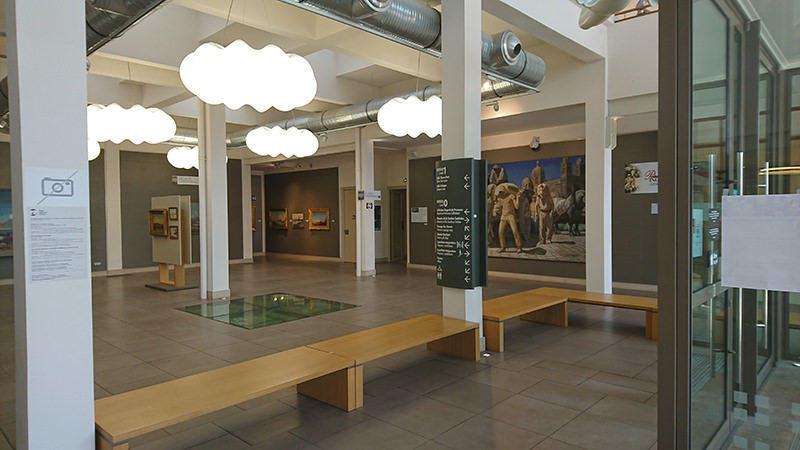 From 1998 to 2005, Regards de Provence was housed in the salons of Château Borély, then from 2005 to 2012 in the former salons of the Palais des Arts library, and finally, since March 2013, in the former seaside infirmary designed by Fernand Pouillon and converted into a museum. 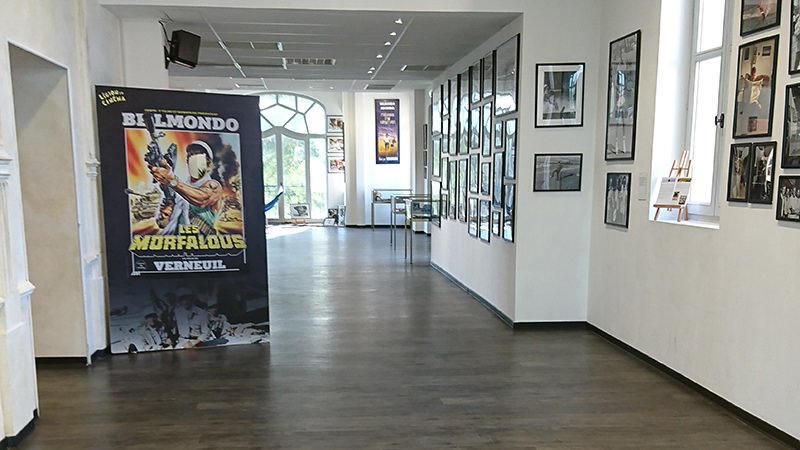 Château de La Buzine is located in the heart of a valley between Saint-Menet and Les Camoins, in the 11th arrondissement of Marseille. Henry de Buzens, the noble owner of the estate in the 17th century, owes its name.

Marcel Pagnol bought La Buzine in 1941, his project: to turn it into a movie town, creating a real "Hollywood Provençal". He recognizes the castle whose owner with his dog in his childhood scared his mother on the way to the vacations.

After several years of vacancy, the city bought the castle and commissioned the international architecture and urban planning firm Stern to renovate it, bringing it back to life by combining tradition and modernity in stone. Today, the Château de La Buzine is a unique place in the regional cultural landscape, alive and open to all. In a vast park of four hectares surrounded by seven hills, the Château de La Buzine becomes the face of the link between history and contemporary art, nature and heritage. 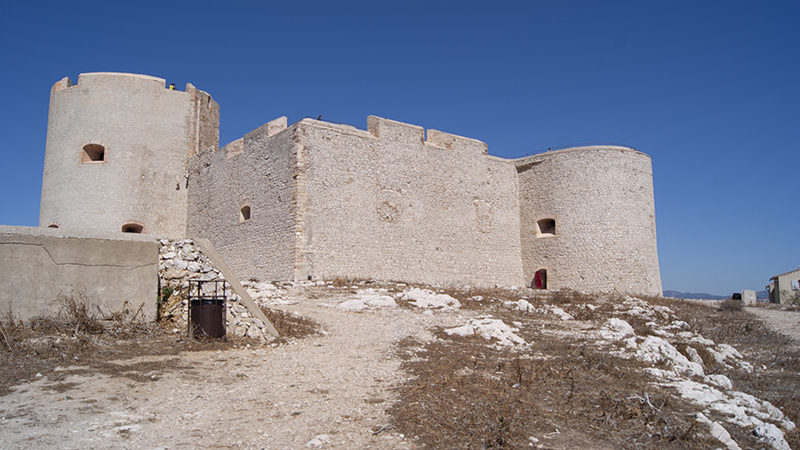 Of course, we also visit the Château d'If. The place where the immortal novella by Alexandre Dumas is set: The Count of Monte Cristo. This place has been restored in recent years. There are only a few places on this island that are still closed to visitors - because the restoration has not yet been completed there.

Here comes from us a very big "But...", however. In 2011, the work outside was still in its infancy and inside, the cells were noticeably old, gloomy, and we could well understand the frustration of the Count of Monte Cristo, respectively the real prisoners - especially when the old town of Marseille shines through the small windows in the evening light. Now, during our new visit, we found the (renovated) cells to be almost neatly prepared for the next guest.

A handful of Parisian elegance from the left bank of the Seine deep in Provençe, this is Aix with all its class.

The Calanques are a 20 km long, wild and spectacular stretch of rocky mountains and turquoise Mediterranean Sea.

Cassis is one of the oldest foundations of Massalia. Poets and painters raved about the small port.

The village of Le Castellet is set on the top of one of the many steep hills on whose slopes wine is grown.

Along the coastal strip, La Ciotat and the Mediterranean Sea are like an old married couple for more than 20 km.

For many years, Marseille had a serious image problem because of its grotty reputation.

Marcel Pagnol wants to make the castle the film city of Marseille and create a "Hollywood Provençal".

Sanary is an insider tip for over 100 years and has a turbulent, history in the time of the 2nd World War.

If you want to stroll through cozy alleys of the old town for window shopping, you are in the right place.